If you have read my last few posts, you know I have spent the last 5 months in and out of doctors spending tons of money on tests to diagnose some chronic and acute pain I thought was associated with a past neck surgery. The tests find little to nothing, so now I am wondering if this is just new manifestations of my fibromyalgia. The last few days I had decided it is time to regroup and try a more holistic approach. Reading this blog post from Back Pain Blog UK and the linked article this morning just confirms that for me. Check her blog and all the other great bloggers on FibroBloggerDirectory.com. 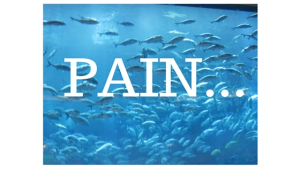 The Secret Life of Pain is an article in New York Times which a friend sent me to read, and I just felt I had to share with my pain pals.

The article starts off by telling you about the double life that David Roberts, a former academic physicist and diplomat who lives and works in New York City.

He goes on to explain how he hid is chronic pain in many ways, one being that he had an orthotic cushion inside his briefcase and would make a joke out of sitting on the briefcase. He also wore a corset and heat wrap which he disguised under his tailored suit. He had become adept at hiding his back pain from everyone except his family.

He would even sneak upstairs when working at conferences to get some pain relief from his wife who would work on his back. Eventually he had…

This site uses Akismet to reduce spam. Learn how your comment data is processed.

Hi! My name is Cynthia and I tackle the challenge of living with fibromyalgia with holistic approach to my well-being. I write about healthy lifestyle choices and try to inspire others. I believe everyone should educate themselves and I strive to share my strategies and the latest research. I was a 2018 WEGO Health Nominee for Best Kept Secret. I can also be found on Fibro Blogger Directory with many other fibromyalgia bloggers.

Read more about me. Let’s connect and collaborate!

One of my goals this year was to get back to my 💜 of reading. I hadn’t had the energy or made time the last few years because of, well, life. I have been mostly catching up on some series I read, but occasionally venture out to something new, having read a few historical fiction novels this year for the first time. I just finished book #31
Happy 24th Birthday to my beautiful daughter @alibaughman who brings light to my life, a smile to my face , and joy to my ❤️. So proud of the young woman you’ve become and look forward to many years of watching you continue to shine. There’s no one I’d rather go to concerts or wake up early and go take sunrise pictures with! 🌈 ☀️🎂🥳
“Life is not a problem to be solved, but a mystery to be lived. Follow the path that is no path; follow your bliss.”
“Of all the paths you take in life, make sure some of them are dirt.” ~ John Muir

All written content, unless otherwise specified, is © My Inspired Fibro Life and Cynthia Baughman, 2021.

Please reblog and share on social media, with links back to the original content. Sharing is caring!

Other than that, you may not use  content from this blog without my express written consent.